By Joel Fox | The Fair Political Practices Commission decision today about whether elected officials can exceed limits to help in a recall campaign became more urgent for Sen. Josh Newman when a Court of Appeal froze the new law that would have delayed the recall. 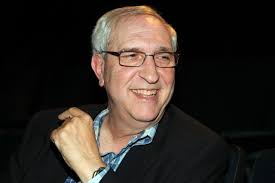 The lawsuit, brought by the Howard Jarvis Taxpayers Association, challenged recent changes in the recall rules. Justice Vance W. Raye ordered the law Inflatable obstacle course for sale be put aside until a full hearing can resolve the issue.

Newman was targeted by anti-tax advocates because of his vote on the gas tax increase and Republicans quickly jumped aboard the effort seeing an opportunity to reduce the Democratic Senate majority to below the two-thirds mark that allows all kinds of mischief in the eyes of Republicans.

The Democratic majority came to the aid of Sen. Newman by passing a law to stall the expected recall election. Democrats craftily made the recall rule changes retroactive and effective immediately on the frivolous grounds that the changes had consequences to the state budget.

The retroactive aspect of the law is grounds for a full hearing before the court.

If the court action causes the recall election to occur this year instead of next June during the state primary as was expected under the rules change, lower voter turnouts in a special election prove a greater risk for Newman.

His campaign will want big dollars to stave off the recall. There are piles of cash sitting with some of his Democratic colleagues. That is why an attempt is being made to change long-held Fair Political Practice Commission rules that limit contributions from elected officials to $4,400.

Originally, the counsel for the FPPC recommended against any change. However, by a 3-1 vote, the Commission overrode the opinion from counsel and asked that a new regulation be drawn up allowing a free flow of money.

When it was revealed by the Sacramento Bee that an attorney for the Senate Democratic caucus had met privately with one of the commissioners, Brian Hatch, a former union lobbyist, ethics experts cringed and objections to the Commission playing in partisan politics rained down.

Is the rebuke against the way this FPPC business was conducted enough to change the board’s final vote on the matter? The court’s action will ratchet up pressure from Democrats to see that the rule is changed because an early election means Newman will need lots of money fast.

We’ll have to see what the FPPC does today.

Also worth watching is the Legislature when it returns from recess on Monday. Secretary of State Alex Padilla, the defendant in the lawsuit in his official capacity, has ten days to respond to the court writ once it is certified. Will the Legislature come up with another scheme in that time period to shield the beleaguered Senator Newman?

This entry was posted in 29th State Senate District, FPPC, Howard Jarvis Taxpayers Association, Joel Fox, Josh Newman, Recall. Bookmark the permalink.
We use cookies to ensure that we give you the best experience on our website. If you continue to use this site we will assume that you are happy with it.Ok