Why the U.S. should drop all tariffs

By Veronique de Rugy | President Trump announced tariffs on $50 billion of imports from China, $34 billion of which came into effect on July 6, saying it will force that country to be a better trading partner. China, not surprisingly, said it would slap $50 billion of its own tariffs on American goods in response, to which Mr. Trump threatened to raise the stakes by another $200 billion.

On trade, the president has been all over the place. One day he threatened to impose tariffs on our NATO allies on national-security grounds. Another day, he exempted these allies from the tariffs. A few weeks later, he changed his mind.

The United States should stop the scattershot, pointless nonsense on tariffs and go the other way, and hard: It should drop all tariffs, even if the rest of the world doesn’t follow. 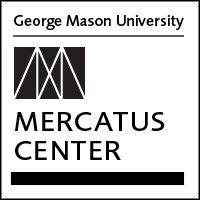 Economists since Adam Smith have understood that free trade is the best policy. Studies show that countries with freer trade have both higher per-capita incomes and faster rates of productivity growth. Economists have also long understood that barriers to trade, while pitched as a way to help domestic workers, always heavily penalize domestic consumers. For instance, when Uncle Sam imposes stiff barriers on sugar imports to protect a few hundred producers in Florida and Louisiana from competition, these farmers’ gains come at the larger expense of consumers who are obliged to pay more than twice the world price of sugar, on average, each year since at least 1982.

The same is true of Mr. Trump’s steel tariffs. Claiming that they protect a vital industry and its 140,000 workers, tariff supporters never mention how much harder they make things for the 6.5 million manufacturing workers in steel-consuming industries. Add to that number all of us who consume goods made of steel, and you get an even larger figure.

Consider a domestic company that imports specialty European steel not produced in the United States. Thanks to the tariffs, this company faces an instant 25 percent price increase. It will shift some of that cost onto its customers, making the final product more costly and thus less competitive at home and globally. Or the company might shift manufacturing abroad to gain access to cheaper materials.

In both cases, the company probably takes a hit and might even lay off American workers. That’s what happened in the aftermath of President George W. Bush’s 2002 tariffs to the tune of 200,000 jobs lost in steel-consuming industries.

Veronique de Rugy is a senior research fellow at the Mercatus Center at George Mason University.

This entry was posted in Tariffs. Bookmark the permalink.
We use cookies to ensure that we give you the best experience on our website. If you continue to use this site we will assume that you are happy with it.Ok