By David Crane | For the 12 months ended June 30, 2018, the S&P500 returned  more than 14 percent but California’s State Teachers’ Retirement System (CalSTRS) earned less than 9 percent. Some of the underperformance results from the difference in allocation to equities (the S&P500 is 100 percent invested in equities while CalSTRS is not), but CalSTRS’s underperformance (37 percent) is more than twice its allocation to non-equities (14 percent). 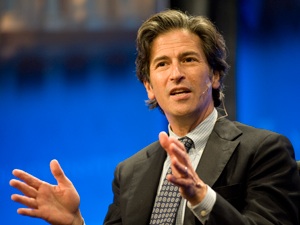 Some underperformance might be due to CalSTRS’s status as a “mature” system, which means a greater percentage of its pension obligations are attributable to benefits already earned. A research paper contends that “more mature pension plan funds underperform and CalSTRS’s recent Actuarial Report explains that a more mature retirement system “tends to be subject to increased volatility in the contributions needed. For CalSTRS, there may be significant fluctuations in the state contribution rates (and to a lesser extent the employer contribution rates) from year to year due to the actual investment return.” Thus, if CalSTRS is trying to avoid significant fluctuations in contributions, it might be avoiding assets that, though they offer better growth potential, are volatile in pricing, or paying for insurance, or both.

Another cause of underperformance might be fees. Public pension funds like CalSTRS often pay fees to Wall Street firms to help with their investments.

Whatever the cause, CalSTRS’s underperformance is another reason it should be employing a lower return expectation for establishing contributions. CalSTRS pays pensions from a combination of contributions by employees, school districts and the state, plus investment earnings on those contributions. Upfront contributions are a function of expected investment returns. The higher the expected return, the lower the contribution. But if the actual return falls short of the expected return, only school districts and the state make up the balance. That asymmetry leads to self-dealing by government employees on pension fund boards who work for artificially low upfront contributions and to hide the true size of pension promises.

CalSTRS’s board has a long history of inflating investment return expectations. Last decade it employed an 8 percent return assumption. I sat on its board then and argued in favor of something closer to 6 percent. More powerfully, Warren Buffett argued that 8 percent was too high. But CalSTRS didn’t budge (and the State Senate removed me from the board).

That’s right. To achieve a 7 percent return with a portfolio of which 15 percent earns 5 percent and 74 percent earns 6.5 percent, the remaining 11 percent must earn 13 percent. That’s not likely. 7 percent even exceeds the return Buffett expects for his much smaller pension fund.

At historical yields and given its portfolio allocations, CalSTRS should not be expecting more than 6.3 percent — and even that rate is generous given their maturity and underperformance.

California schoolchildren are already paying a high price for CalSTRS’s past inflated expectations. CalSTRS should get it right — and now.

This entry was posted in CalSTRS, David Crane. Bookmark the permalink.
We use cookies to ensure that we give you the best experience on our website. If you continue to use this site we will assume that you are happy with it.Ok